WE BUILD THE FUTURE 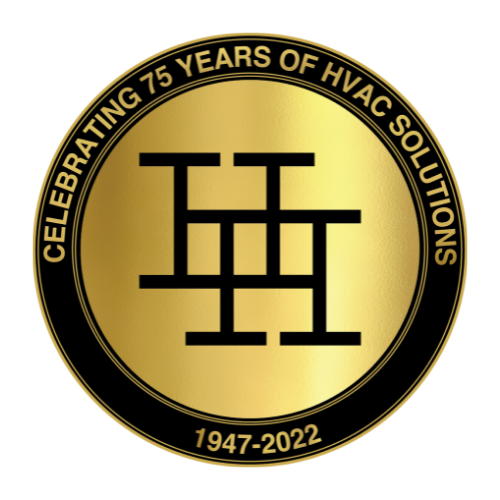 Not every story begins with Once upon a time. Our story begins in 1947 in an apartment in Guilford County, NC, above a two-stall horse barn with a woodshop attached. Two brothers, both bachelors at the time, shared the space for both living and working. Harry and Louie Hoffman began slowly, acting as subagents for a single equipment line.

In 1947, things looked a little different from today. World War II had ended only two years prior, and Harry Truman served as the 33rd president of the United States, having ascended to office after Franklin D. Roosevelt’s death. That same year, the New York Yankees defeated the Brooklyn Dodgers, who had Jackie Robinson on the roster as the first African American player since the 1880s in the World Series. 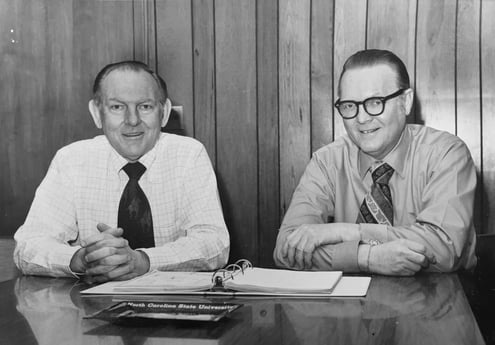 At that time, air conditioning, as we know it, had existed for less than 50 years. Air conditioning was still expensive for home use, and most homes still did without the luxury. But large-scale air conditioners were becoming increasingly popular for commercial use in public buildings.

Harry and Louie built the business carefully, moving to a 6’ by 12’ cubicle in a rented office space in Greensboro and then on to the Irvin Arcade at 216 West Market Street in 1948, where they rented a single large office. That same year, they made their company arrangement legal and officially titled “Hoffman & Hoffman” with the help of their attorney friend, R.D. “Dick” Douglas. 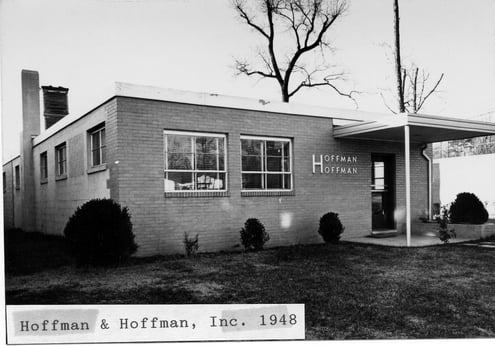 Soon, Hoffman & Hoffman got a big break: they became the exclusive representative for McQuay (now Daikin Applied), who offered a range of air conditioning units. McQuay was a win for the Hoffman brothers, who began representing their product lines in North Carolina, South Carolina, and the western part of Virginia. They traded off time in the office and time on the road. When Harry was in the office, Louie was out visiting his customers and prospects in Western North Carolina and South Carolina. Then, Harry would take his turn with customers in eastern NC and western Virginia.

The company grew and changed, adding staff, offices, and new territories. By the late 1960s, HVAC systems became less of a luxury and more of a standard line item in new construction.  Older businesses were clamoring to retrofit systems into their existing buildings. Business continued. 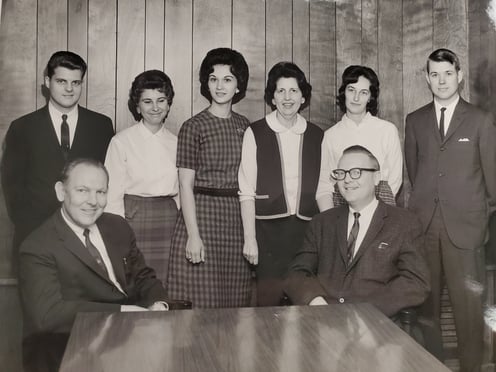 Hoffman & Hoffman continued its work through all the catastrophic events of our nation: the Korean War, the building (and eventual removal) of the Berlin Wall, Vietnam, Desert Storm, and the Global War on Terror. The company was around for the birth of Tonka trucks, the Barbie Ball, and Beanie Babies. H&H was here for the advent of computers in the workplace and witnessed the birth of the World Wide Web, making employees more productive than ever before. Hoffman & Hoffman has worked through all the Dirty Harry movies, the Star Wars Empire, and the world of Harry Potter. In the last two years, we’ve been fortunate to remain strong in spite of the global pandemic effects of COVID-19 and its offshoots.

Life looks a lot different 75 years after Harry and Louie started selling HVAC equipment from that apartment over the horse barn.

Today, Hoffman & Hoffman has almost 600 employees in North Carolina, Virginia, Tennessee, South Carolina, and Georgia. The company is now 100% employee-owned with an Employee Stock Ownership Plan as a premium retirement benefit to employees.

75 years later, the company has sprouted other companies or purchased the assets of companies whose values and strategic goals align with Hoffman & Hoffman.

Together, the Hoffman family of companies represent more than 80 manufacturers of HVAC, hydronic, engineered plumbing, and building automation solutions. Our teams are experienced, trained, and innovative solutions providers to some of the most advanced buildings in the Southeast…and even around the world.

75 years later, Hoffman & Hoffman still values integrity in doing business, in putting customer needs first, and in partnering with manufacturers who offer the best solutions for efficiency, indoor air quality, and quality in HVAC equipment. We hire employees who embody the core values originally displayed by the Hoffman brothers: care about others, do the right thing, grow personally and professionally, be a positive force, and earn success.

75 years later, we are honored to carry on the legacy of Harry and Louie Hoffman. And we can’t wait to see what the next 75 years hold.

Kelly Patterson is a lifelong learner and the marketing director at the Hoffman family of companies. There is nothing she likes more than talking about commercial HVAC systems and extraordinary customer service.

8AM to 5PM – Monday through Friday